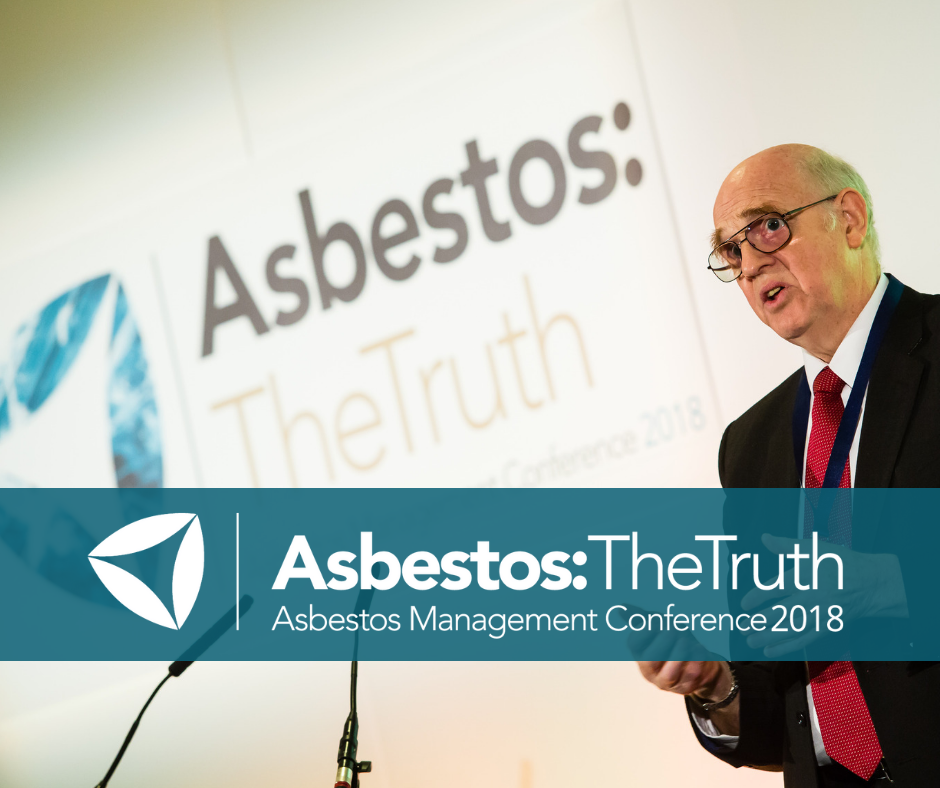 According to the WHO (World Health Organisation), The UK has the highest mesothelioma death rate in comparison to other European countries, yet continues to use outdated asbestos air fibre monitoring techniques due to a higher level of ‘acceptable’ asbestos exposure used in regulations.

Robin Howie from Robin Howie Associates, previously president of the British Occupational Hygiene Society (BOHS) (1998-99), delivered the final keynote speech at Asbestos The Truth conference 2018. Praised for his involvement in over 800 legal cases mainly relating to occupational asbestos-induced diseases and publications of over 100 papers and articles, Howie has been an active participant in moving the asbestos industry towards lowering the current HSE guidelines for ‘acceptable’ airborne asbestos fibres.

According to Howie, there are 4 factors that accumulate to Mesothelioma caused by asbestos exposure:

Howie stated during his speech using data taken from Hodgson & Darnton (2000) that a newborn child subjected to low-level asbestos exposure is 7 times more likely to contract mesothelioma than that of a 30-year-old as shown in the chart below:

(Data extracted from Hodgson JT and Darnton A 2000)

This means that children are far more likely to contract mesothelioma within their lifetime than adults.

Mesothelioma death rates are currently highlighted in the media by the deaths of teachers and nurses who have been working within public buildings across a number of years that have been manufactured using asbestos. We have yet to see the effect that this has upon children who attend schools from the ages of 4/5 where the risk factor of developing mesothelioma during their lifetime is over 5 times more likely than that of the average teacher.

“The level of 0.01f/ml should be taken only as a transient indication of site cleanliness, in conjunction with visual inspection, and not as an acceptable permanent environmental level.”

The UK’s current legislative regime stipulates that asbestos exposure should be reduced as far as reasonably practicable. In order to determine if the current ‘accepted’ clearance indicator of 0.01f/ml has been reached for asbestos that has been left in situ (where asbestos is safe to manage and monitor rather than removed), the UK currently conducts asbestos fibre air testing and monitoring typically using Phase Contrast Microscopy/Phase Contrast Optical Microscopy (PCM/PCOM) which is arguably

“[…]insufficiently sensitive to observe the vast majority of asbestos fibres in a given sample of air.”

PCM/PCOM testing is limited in its level of asbestos fibre detection (0.01 f/cm3) compared to other, currently available testing methods. Other European nations who have a lower asbestos to mesothelioma death ratio than the UK, are currently using more powerful technologies to detect airborne asbestos fibres in the air.

Such technologies as Scanning Electron Microscopy (SEM), are currently available for businesses within the UK to use. However, they omit to do so favouring the commonly cheaper option of PCM/PCOM (which only meets the current clearance level indicator) despite the available knowledge and research clarifying that the current clearance level indicator of 0.01 f/ml is ineffective at protecting individuals from asbestos exposures.

Unlike PCM/PCOM, SEM testing enables asbestos airborne fibres to be quantified at much lower levels achieving levels of detection to 0.0005 f/ml. This greater level of detail and information that can be gathered via SEM means the UK has the capabilities to test lower levels of asbestos fibres than the current clearance indicator of 0.01 f/ml requires. As this technology is currently available, why is the UK continuing to use outdated and insufficient means of air testing that evidently puts the lives of children, teachers and anyone else residing in public or residential post-war buildings.

“The UK was once the world’s largest importer of asbestos and its incorporation in commonly used building materials throughout the 1950s and 1960s means that it remains in many shops, houses, hospitals, offices and schools that are still in use today.”

The correlation of the UK historically being the highest importer of asbestos in Europe and the UK having the highest death rate from mesothelioma demonstrates that the current actions and regulations in place are insufficient to protect the individuals with asbestos affected buildings.

Regulations must be updated to come in line with the current research. Further deaths are preventable however without action from the relevant regulations providers the UK will see a continued rise in the number of mesothelioma deaths along with a lower age mortality rate for those affected.

Hodgson JT and Darnton A (2000): The Quantitative Risk of Mesothelioma and Lung Cancer In Asbestos Exposure