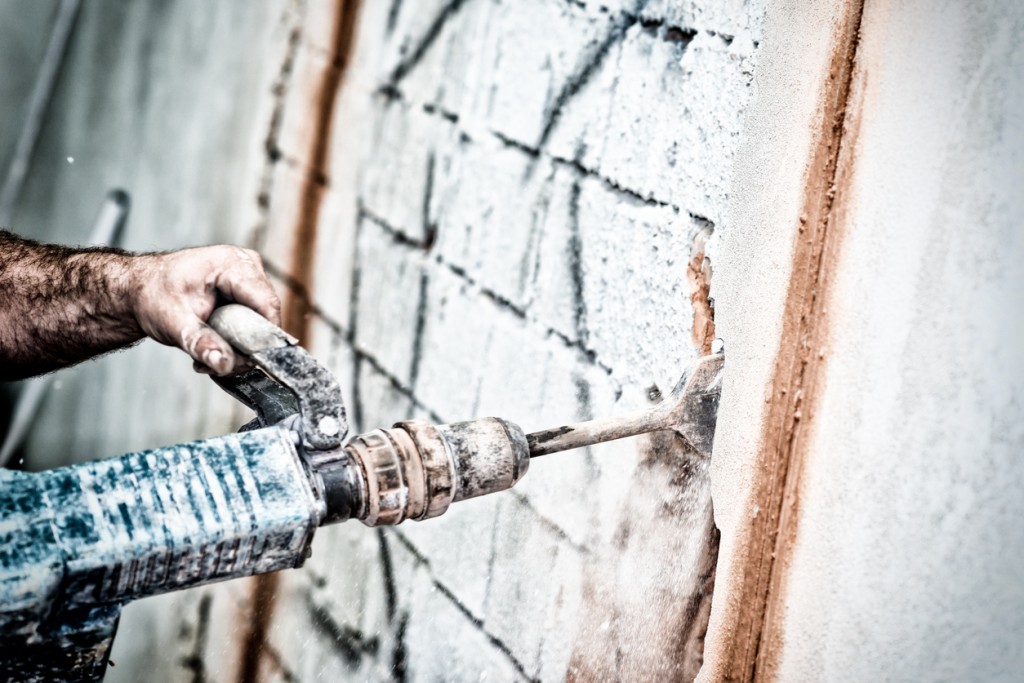 As reported on Construction Manager Magazine online, nearly half of all small refurbishment projects inspected by the HSE in 2016 fell below standards in health and safety, worse than the last year’s inspection.

Notes published ahead of the HSE board meeting revealed that inspectors visited a total of 1,840 sites and inspected 2,235 contractors in June/July and October/November in 2016. Out of these, 49% of sites fell below safety standards.

Inspectors had to deal immediately with a number of dangers: safe working at height was a particularly prevalent issue, as was the management of asbestos and silica dust.

A similar blitz on small refurbishment sites in 2015 found problems on 46% of sites visited and 692 enforcement notices and 983 notifications of contravention were served.

Brian Rye, acting general secretary of construction union UCATT said the figures showed that sites were not up to scratch and that the HSE needed more help. He commented:

“This shows that safety standards on small construction sites remain a basket case. Safety laws are being ignored and workers placed in daily danger. It is frankly more by luck than judgement that more workers are not being killed at work. It also shows that the HSE needs greater resources to conduct these initiatives 12 months of a year as they are only able to visit a tiny amount of sites.”

The failings in prosecutions come as more small firms are fined for their poor safety performance.

One of these was a specialist roofing company which with its two directors have been sentenced after admitting working unsafely at height on hotel development in central Manchester during a major refurbishment and extension works.

On 17 March 2015, a member of the public witnessed and photographed unsafe work at a construction site and contacted the Health and Safety Executive (HSE).

Manchester Magistrates Court heard that the photograph showed Jake Clarke, one of a pair of directors for Enviroply Roofing Ltd. His fellow director, Aaron Hepworth, was also witnessed walking along the beam to pass something to Clarke, then walking back again. There was nothing in place to prevent or mitigate a fall from this beam.

The HSE investigation discovered that there was a full-time scaffolder on site who was employed to build any scaffolding required by contractors but on this occasion, Enviroply and its directors had chosen to rush the job in order to submit their invoice earlier. Clarke and Hepworth put their lives at risk as the fall would have been one storey and onto timber beams.

All three defendants failed to take the proper precautions to manage the risk of a significant fall from height, despite there being adequate provision on-site to provide them with scaffolding and safe working platforms.

Enviroply Roofing Ltd of Unit 20b, Yarrow Business Centre, Yarrow Rd, Chorley, pleaded guilty at Manchester Magistrates Court to breaching Regulation 6(3) of the Work at Height Regulations 2005 and was fined £13,300 with £1160.50 costs.

Jake Joseph Clarke of Crown Street, Leyland, Preston, pleaded guilty at Manchester Magistrates Court to breaching Section 37(1) of the Health and Safety at Work etc Act 1974 and was fined £1,100 with £1,160.50 costs.

Aaron Paul Hepworth of 1 Appleyard, Prestolee Road, Radcliffe, pleaded guilty at Manchester Magistrates Court to breaching Section 37(1) of the Health and Safety at Work etc Act 1974 and was fined £2,100 with £1,160.50 costs.

Get organised and allocate responsibilities to certain team members using this easy to use Health and Safety Policy template provided by our health and safety consultants at Lucion Consulting.

How Effective Is Your Risk Assessment?
Open >
See all insights >
insights

Health & Safety Management: Why Your Health And Safety Practices Should Be A Two-Way System
Open >
See all insights >
insights