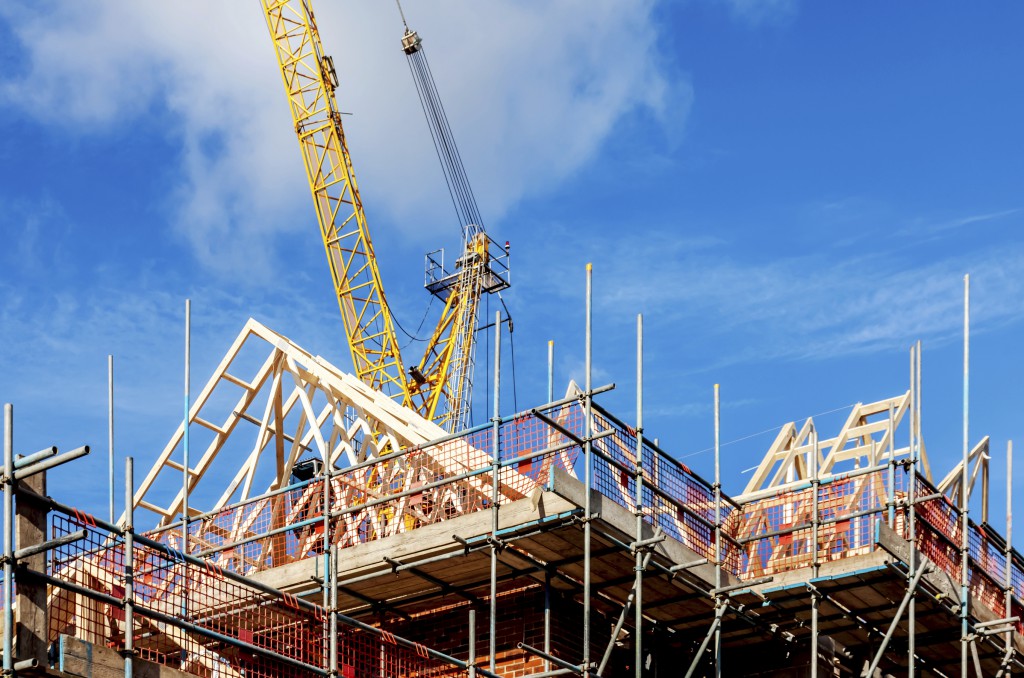 As reported by the HSE Online, the principal contractor and site manager of a construction site in Derby city centre have been sentenced after workers were exposed to asbestos during refurbishment work.

Derby Magistrates’ Court heard how, on or before 5 January 2017, at the St Peters Churchyard site, labourers removed asbestos insulating board (AIB) ceiling panels from a store room, work which should have been completed by a licensed asbestos removal contractor under fully controlled conditions.

An investigation by the Health and Safety Executive (HSE) found that M&S Developments (Bemrose Court) Limited were the Principal Contractor for the site and Adam Campbell was the site manager (operating as Kynersley Management Services Limited). Work was taking place to convert the former office buildings into apartments.

An asbestos refurbishment survey completed prior to construction work starting clearly indicated that the lower ground floor store room contained an asbestos insulating board (AIB) ceiling. During construction work this AIB ceiling was accidentally damaged and the site manager instructed two young labourers to remove approximately 4-6 square metres of it. Suitable asbestos control measures were not in place and the workers involved were not trained in asbestos removal.

Following the involvement of HSE in January 2017, a licensed asbestos removal contractor was brought in to clean the area. Asbestos containing floor tiles located around the site were also identified as at risk of damage from the construction work and arrangements were made with the principal contractor for these to be removed under controlled conditions by trained staff.

The investigation found that the principal contractor and their site manager failed to suitably manage the site asbestos containing materials. They failed to ensure that the asbestos containing materials (ACM) identified in the asbestos refurbishment survey were removed prior to any potential for disturbance during the construction work and the site manager failed to respond appropriately once the AIB ceiling had been accidentally damaged in the lower ground floor store room.

Adam Campbell pleaded guilty to breaching Section 3(1) of the Health & Safety at Work etc. Act 1974 via Section 37 in his role as a Director of Kynersley Management Services Limited. He was given a community order to carry out 120 hours unpaid work and was also ordered to pay costs of £1,531.66.

“This incident could so easily have been avoided by the duty holders simply carrying out correct asbestos control measures and safe working practices.

“Companies and individual site managers should be aware that HSE will not hesitate to take appropriate enforcement action including prosecution against those that fall below the required standard for managing asbestos containing materials during refurbishment work. Most types of asbestos containing material work (ACM) require a licensed removal contractor with suitably trained and licensed workers.”

Construction Design and Management Regulations (CDM 2015) took effect from 6th April 2015. These changes will impact the way safety management is managed within the construction industry.

Lucion Consulting and our team of safety professionals are here to support you through the transition every step of the way. CDM 2015 in a nutshell…

The Role of the Principal Designer Explained

Designers and architects are fundamental under the CDM 2015 regulations ensuring risks are assessed throughout the design process and beyond. Tasks in the construction stages and in the future maintenance of a building are often underestimated and result in additional risks that could have been removed.

To support duty holders such as clients and designers following the introduction of the CDM 2015 regulations we focus on the role of the principal designer in this quick CDM Roles Explained download.

Risk Assessments are part of the risk management process and are included in the Management of Health and Safety at Work Regulations. A Risk Assessment is a process of identifying what hazards currently exist or may appear in the workplace. Utilise our Risk Assessment PDF example and template to help conduct your own Risk Assessment.